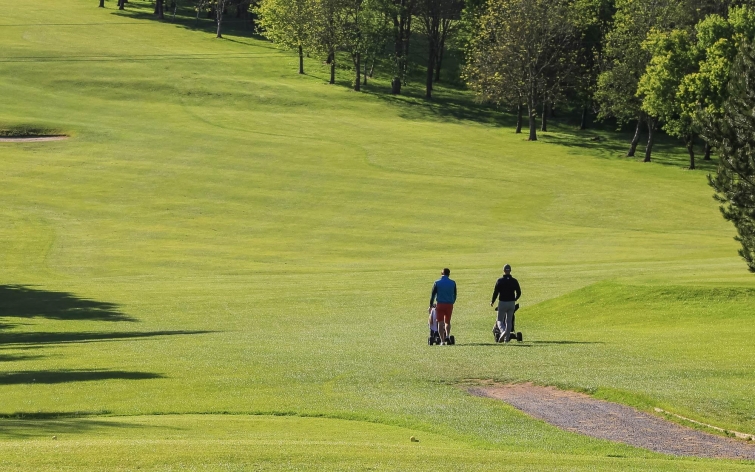 THE oft-quoted saying is that golf is a good walk spoiled: now a major study involving Scottish researchers is assessing the health benefits of the game for the first time, including how it can help players to live longer. While the benefits of some sports such as running and football have been much analysed, the effects of taking to the fairways have been little investigated.

Dr Andrew Murray, a Scottish sports medicine doctor who is best known for tackling ultra-running challenges, is part of a group of researchers involved in a five-year project looking at the health benefits of the sport. He will discuss the initial findings at the World Scientific Congress of Golf, which is taking place in the St Andrews, over four days from tomorrow.

“Golf has a unique contribution in Scotland and further afield. It is a sport that can be played from the age of four to 104, and played by all ages and both genders. For me it is a game I really enjoy playing with friends and family, so it also offers that social connection. We can confidently classify golf as a moderate aerobic physical activity – the research we have conducted supports that.”

Murray pointed to a recent study carried out in Sweden which found that golfers live on average five years longer than non-golfers, regardless of gender, age and socioeconomic status. He added, “People think that is partly to do with physical activity, but there is also the getting out in the fresh air and the social connections and perhaps the benefits one gets from that. Golf is something that can be started and played right across a lifetime and I think that is so important. I think golf has been substantially undersold – people think you have to do things like go running ultra-marathons to get health benefits. But if you find something you enjoy and do it regularly, that will offer you those benefits. Golf is a great example of something people all ages can do, they can do with friends and that is the part of the beauty of it.”

Murray said the five-year research project, which is being supported by the World Golf Foundation, will also assess injuries and illnesses that afflict golfers and how to reduce their risk.

He is also involved in research investigating whether golf offers health benefits to spectators. “With most sports the majority of people watching are sitting stationary in a seat, with accoutrements they have bought to eat and drink, he said. But with golf people tend to wander the four miles of the course following their favourite players and potentially doing useful physical activity.”

And he said that while golf was often perceived as a sport involving expensive club fees, there were affordable options in Scotland, from public courses to local driving ranges.

Murray said he is just as keen on golf as tackling extreme challenges such as ultra-marathons, and sometimes combined both. “When I took part in both the Outer Mongolia Genghis Khan Ice Marathon and a run across the Namib Desert, I took the golf clubs and had a bit of a game,” he said.

“In Outer Mongolia instead of the Old Course in St Andrews it was the cold course, as it was minus 40C, which was quite an experience. And in Namibia it was a sea of sand – so pretty much the world’s biggest bunker.”